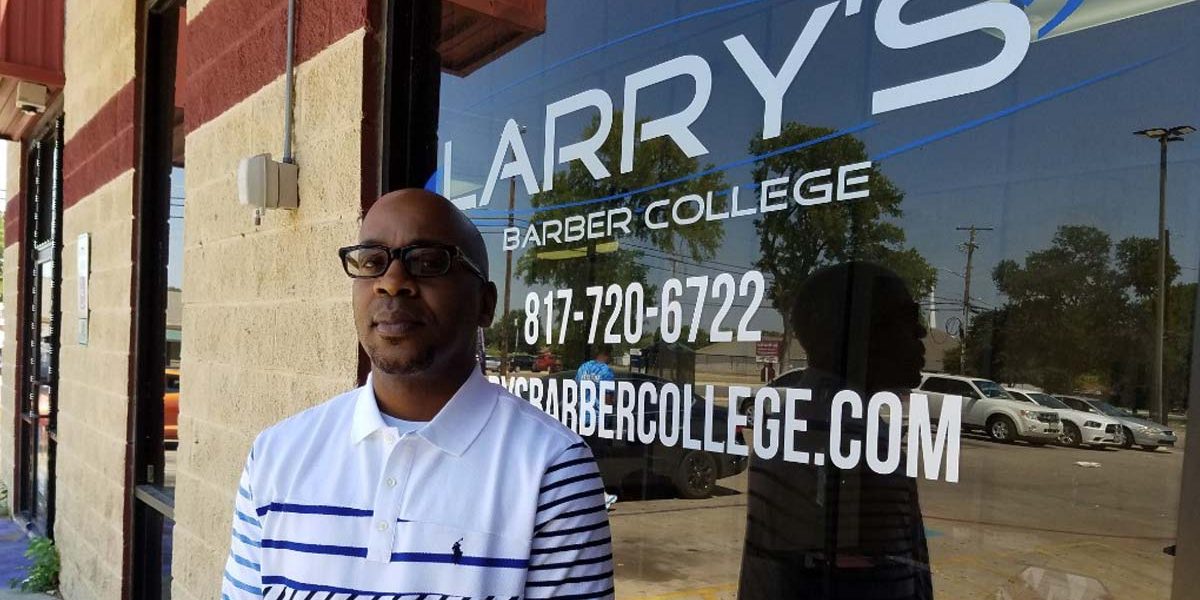 Darnell Sapp has been cutting hair for 20 years, and six months ago he began teaching the art and the business of barbering by opening a school in southeast Fort Worth.

Larry’s Barber College, located at 2832 Miller Avenue, is part of a national franchise with headquarters in Chicago. The Fort Worth college that Sapp owns is the sixth in the country and the first Texas location for Larry’s. It had its grand opening in August.

Currently there are 10 students enrolled in the 14-month course, and Sapp’s goal is to put 25 students through the school tuition-free. He’s trying to raise money from the greater Fort Worth community to do just that, he said.

Sapp, a member of the Black Chamber, said he wants to teach the students more than just cutting hair; he wants them to learn the business aspect of being a barber and running a shop. In addition to the college, Sapp has his own shop, ASAPP Barbershop — the acronym stands for “A Service About Pleasing People” — located at 5220 Wedgmont Circle N. in Fort Worth.

“THINGS GO BETTER WITH COKE” So Say the Participants in This Year’s Film Institute
May 25, 2021